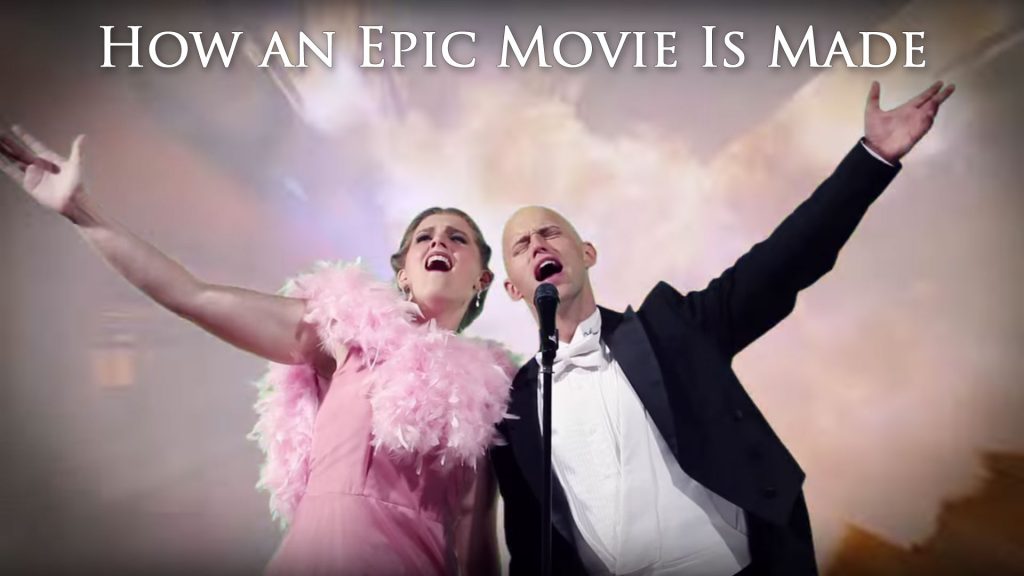 This was the opening video played at the 2011 Los Angeles LDS Singles Film Festival on August 13th at the Santa Monica Stake Center. It wasn’t an entry into the festival, but rather a video meant to kick off the show. The shoot was on the evening of August 8th, but lasted well enough into the night that it was August 9th before we wrapped. Despite the fact that I wasn’t the cinematographer on this show, just the gaffer, it still contains some of the shots I have had a hand in that I am most proud of. I admit that back then we didn’t really know what we were doing with green screen, so our compositing was a bit of a mess, but some of the ridiculous back lighting we managed still tickle me to this day. I think the song was quite good, too.