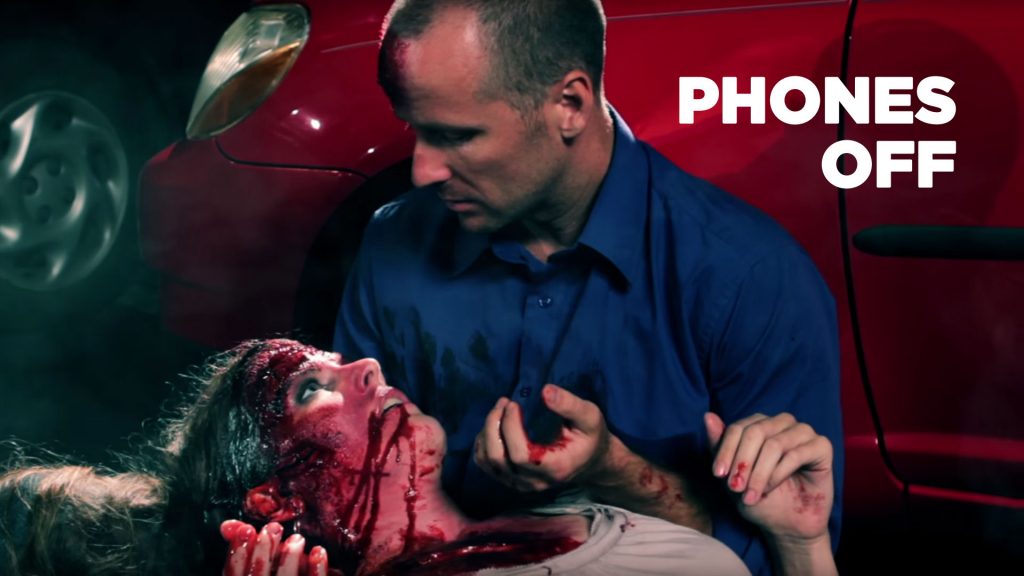 This video was made for the 2013 Los Angeles Young Single Adult Film Festival, but was not intended to be entered into the competition. I was in fact meant as something of a public service announcement before things got started to ask people to silence their phones and refrain from talking. But of course, because we were overachievers, we decided to make this ridiculous thing and cover one of our actors in blood.