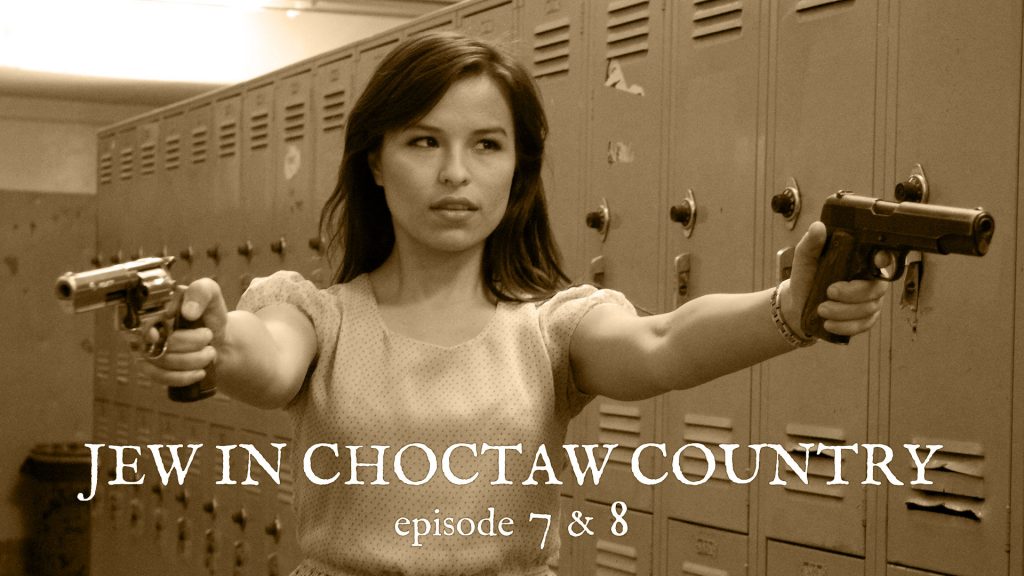 This is one of my favorite collaborations with Ian Skorodin. Jew in Choctaw Country is another one of Ian’s black comedy web series, but this one has portions set in the present day, and other parts set a generation ago. His vision called for a good bit of hand-held camera work, but also required us to get out my skateboard dolly, a wheelchair, and even Mark Richards’ jib (he was our sound mixer). I think the dutch angles, slow motion, and black and white treatment of the older sections of the episode turned out wonderfully.

Previous episodes of Jew in Choctaw Country were shot on a Canon 7D, and for a few of them I served as just a grip/electrician. Episodes 7 and 8 saw me graduate to Director of Photography, and saw us use my Sony FS700 with Convergent Design Odyssey 7Q for the first time. Our lighting budget was far less than in earlier episodes, but I think the nicer camera with broader dynamic range made it all look better in the end.

Episodes 7 & 8 debuted at the LA Skins Fest as a single episode on November 24 of 2015. Ian has since re-cut the series, turning the one episode into two. You can go to Skinsplex.com to view Episode 7 here, and Episode 8 here.