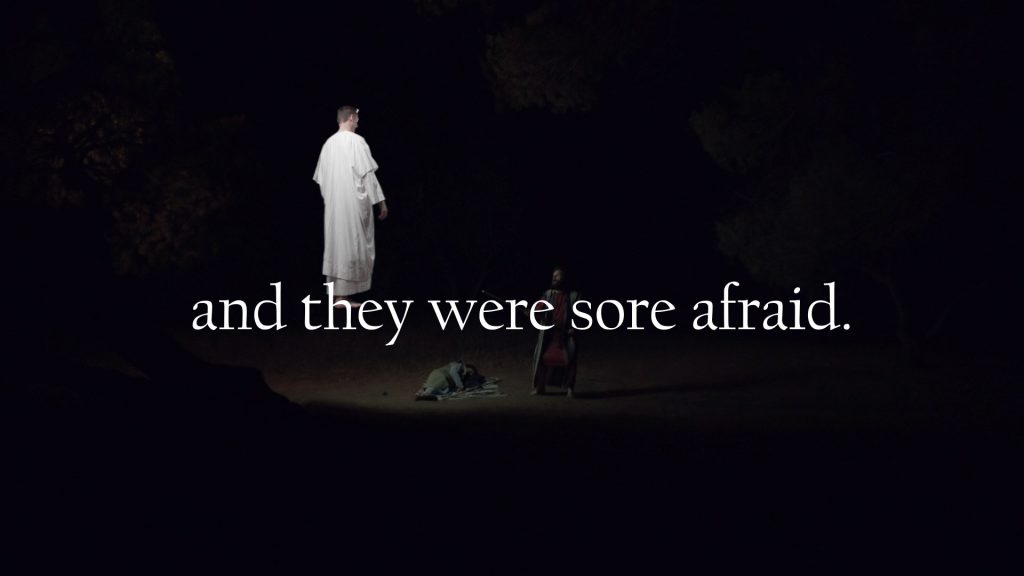 We shot part of this ridiculous Christmas Barrel sketch out in some desert/wilderness our director Mike Hammari was familiar with, and the other part on a theatrical stage inside of a church (perhaps rather fittingly) in front of a blue screen. I nearly wasn’t able to find the outdoor location in the middle of the night, as my mobile map app led me to stop miles before I was supposed to and wait in the wrong campsite’s parking lot. I was unable to make a call due to lack of service to check whether anyone else was around. I waited an hour and was about to just give up and go home when it occurred to me that maybe I should push on up the road in hopes that there was some other place I was supposed to be. Right guess.

The lights we used for the exterior shots were a string of Christmas twinkle light attached to a few pieces of cardboard, and draped on a C-stand. We ran a couple hundred feet of power cable back to Mike’s car, where they were plugged into an inverter in his cigarette lighter. The lights for the blue screen were a little more traditional 🙂

I was terribly worried that I had wrecked this shoot completely. After we had completely wrapped the exterior shoot, I realized that the internal 1/4 neutral density filter was engaged on my FS700. I had thought everything seemed a bit dark, and had compensated with gain and a wide open, fast lens and Metabones Speedbooster, but I had thought the dimness was a function of having nothing but a strand of Christmas lights plugged into a cigarette lighter for illumination. I think Hammari did an excellent job cleaning up my footage in post.